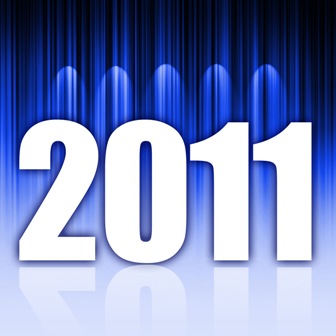 In this year, completed and weblished Wish Again (Book One of Bolster, Not Molest Her)

laid the foundation for the first seven chapters of Vicki in Vanderlund (Book Two) and began a draft of Chapter 18: "Split Level"

cataloged all juvenile/YA fiction collected since 2008; continued collecting them, with focus now on junior high/middle school

wrote five impromptu-ish poems: "Say Goodbye to Tuna Salad"; "Flapperflowers"; "The Showerbath That Is Outer Seattle"; "Twenty-Three Years in Outer Seattle"; and "Have a Tinsel-Toady Christmas," as well as some verse for BNMH

and Borders Books went out of business

guided in diet choices by Eat This, Not That!; relied on suspenders as waistline shrank

and experimented with Indian food (inspired by work on BNMH Chapter 14: "Not Bad")

when weight was at its height, did Strength Training Over 50 exercises to ease lower back pain

got an assortment of sleepmasks, and first used a whitenoise CD player to mask night tinnitus

In this year, created a food database of all items in fridge and pantry, calculating the nutritional content of typical salads, sandwiches, casseroles, etc.; and used two scales to apportion meals

closed out the UBS and USBancorp accounts, rolling over their assets plus the Key IRA CD's into a new Key Investment account

and continued collecting hardcopy high school yearbooks, until discovering the expanded range of digital ones at Ancestry.com

after 6½ years, the Dell Inspiron laptop announced "Preparing to hibernate"—and did so permanently

unable to access a decade's worth of Quicken files on the new laptop, so created an Excel Journal instead

got a new LaCie external hard drive to supplement the one bought in 2007 and the original Maxtor; also began using flash drives

had occasional trouble with the BlackBerry Curve's trackball

and Google abandoned work on its ultrauseful News Archive

and new entries to the previous four chapters of Part Five: Ach du Lieber Ludeke, including a segment on "Rachel and the Petersons" (plus an augmented Ludeke tree) for Chapter L-3: "The Ludekes"

added many new details from newly-accessed original marriage and death certificates to Part Five and also Part Four: There's Lots of Good Smiths in the Sea

mother's annuities were placed in a long term care plan

and began to discover the story behind Elliott Burns's incarceration: his murder of candy wrapper Emma Combs...

In this year, culled CD and tape cassette collections, donating many items to the local Salvation Army thrift shop (shortly before its closure)

got a new front room floor fan, moving the old one to the deck; and two new fans (tower and box) for the bedroom

found seepage by the bedroom window's far end; stuffed its frame with wadded paper towels by way of insulation

In this year, the Saturn's ten-year-old battery quietly expired while parked at Des Moines Marina on the day after Thanksgiving; AAA quickly responded and replaced it

attempted (unsuccessfully) to bolster the driver's door leaky weatherstripping with rubber tape; added a plastic bag to the towels on the driver's seat

was issued new license plates (and had a struggle installing them)

switched to a Husky ORCA card for U-Pass bus service

first use of RapidRide to SeaTac Airport, flew to KCMO via Frontier (with "stretch seating")

In this year, Master Patient Index (MPI) separated from Release of Information (ROI) and started reporting directly to the Project Manager

created a "State of the Index" report, with five colorful graphs; and a UPICC database, tracking all cases reviewed by the UWMC Patient Identity Clarification Committee

while having recurrent dreams of being downgraded to temporary employment or laid off altogether (one time, along with the entire department...)